HBA Legal Partner Andrew Lu has been recognised with one of Australia’s highest legal industry accolades.

The Australian Academy of Law has elected Dr Lu as its latest Fellow. The Academy comprises individuals of exceptional distinction in the discipline of law who are committed to the advancement of the discipline and to justice according to the law in Australia.

There are fewer than 350 Fellows. Most are senior legal academics and judges, with less than 30 solicitor Fellows.

Dr Lu said he was pleased and surprised to be invited.

“This is among the highest personal distinctions that can be offered to a lawyer in Australia, so as a first-generation Asian migrant and a solicitor, I am honoured to join the Australian Academy of Law whose membership comprises so many law teachers and jurists I greatly respect.

“I am grateful to all colleagues who have inspired and taught me that there are so many creative and new ways to advance the discipline of law.”

As one of Western Australia’s top medical negligence lawyers, Dr Lu heads up HBA Legal’s Medical Malpractice and Health Law division. Prior to joining HBA, Dr Lu led the professional development at the Law Society of Western Australia and was partner of a respected insurance law firm. He is an adjunct Senior Lecturer at the University of Western Australia Law School, a company director who supports the Arts and cultural philanthropy and promotes diversity in law. He was awarded the Order of Australia medal in 2008.

“Most Fellows are actually in their 50s or 60s, or even 70s when elected because to satisfy AAL’s criteria of ‘distinction in the law’ generally requires many years under your belt.

“Andrew is under 40 years, which makes this all the more impressive and a true testament to his career journey so far.

“This is a practitioner who made his first appearance as Counsel junioring a former Commonwealth Solicitor-General before the full High Court at the age of 26. This AAL nomination is well deserved.

“We know, and our clients know, we have brilliant people here at HBA – truly top talent in our area of insurance law. But it’s always wonderful to see our people receive this kind of public acknowledgement,” Ablong said. 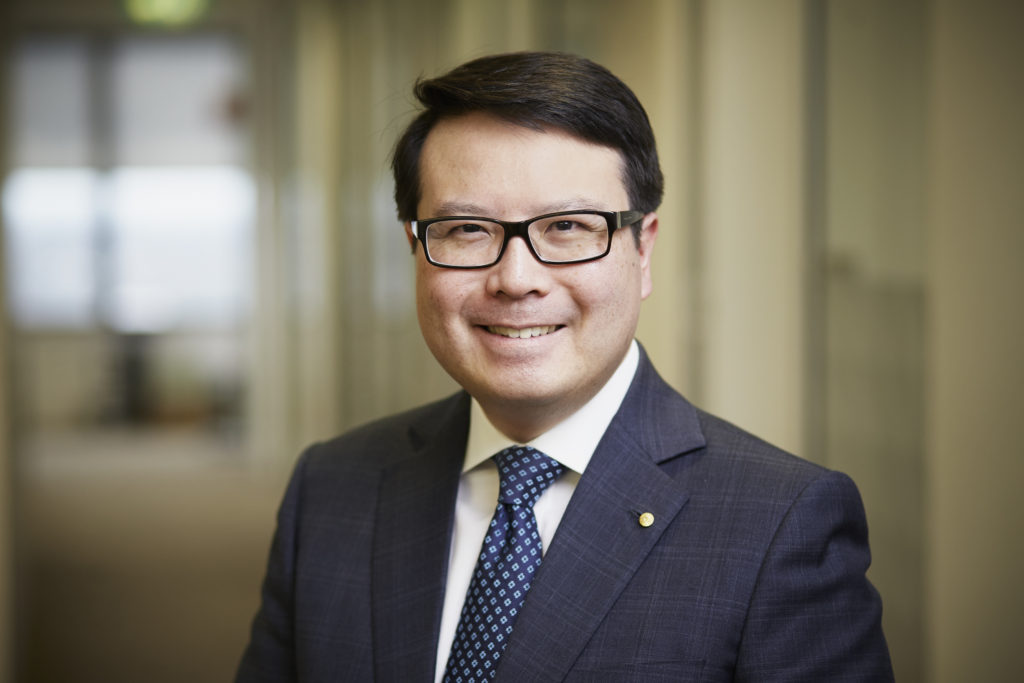 About the Australian Academy of Law
The AAL was established in 2007 as Australia’s fifth Learned Academy, with discussions first taking place at the Council of Australian Law Deans.  This followed the Australian Law Reform Commission’s report, Managing Justice: a review of the federal justice system (ALRC 89, 2000), which recommended the establishment of the Academy. The Australian Academy of Law comprises individuals of exceptional distinction in the discipline of law who are committed to the advancement of that discipline and to justice according to law in Australia. Its membership is limited to 400 Fellows.

More about Dr Andrew Lu
Andrew Lu graduated LLB from the University of WA, LLM from the University of New England, and with a Doctor of Juridical Science from the Australian National University. He supports the not-for-profit sector as a Director of the Australian Youth Orchestra, National Gallery of Australia Foundation, and Arts Law Centre of Australia. An advocate for social inclusion, he is a founding member of the Asian Australian Lawyers Association in WA and received a Business News 40 Under 40 Award in 2017, Arts Law’s Arts Community Pro Bono Award in 2016, and an Order of Australia medal in the Queen’s Birthday 2008 List.

About HBA Legal
The HBA Group consists of HBA Legal, Pillion & Paratus. HBA Legal was established in 2011 with a mission to challenge the old model of law and bring smart, efficient, commercially savvy solutions to clients. Directors, Nathan Hepple and Brett Ablong, have since gone on to create the HBA Group. HBA lawyers provide the legal advice that makes Paratus unique as a claims management business. Pillion helps HBA Legal and Paratus keep their administration costs down, to support their competitive fees and commercial sustainability.